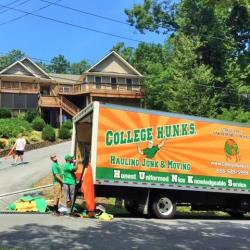 I have been the Franchise Owner of College Hunks Hauling Junk and Moving of Northwestern Virginia since November 2015’.  My local office was opened in Stephens City, VA where I have lived and worked for over 25 years. Prior to being a business owner,  I worked as a Manufacture Sales Representative, Juvenile Counselor, Probation Officer and Deputy Sheriff's Officer.  I the late 1980’s, I earned a Degree in Criminal Justice from Saginaw Valley State University in Michigan.  I served in United States Marine Corps during the first Persian Gulf War and was a member of the Virginia National Guard in the mid 1990's.